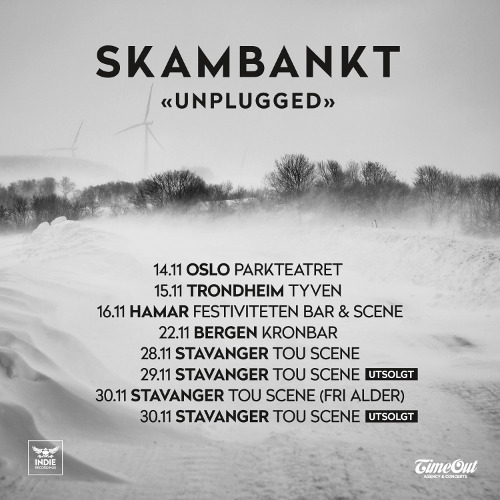 I might have used this headline before ... But hey, Skambankt just proved it again with another awesome concert in Trondheim! Read my report here. Next week they'll play in Bergen, and then in Hamar on March 16 - don't miss out!

In other news, Skambankt were really quick this time with the music video for "For en evighet"! If you haven't seen it, check it out here (lyrics & translations):


And if that wasn't enough yet, there's more new music! For TV channel TV Vest, Skambankt covered the song "Liden" by Ingenting. You can watch the video here: