We have good news and bad news.

The good is that we will soon go out on tour again. The bad is that it will be our last.
There's a time for everything, and now we're approaching the time for throwing in the Skambankt towel.
A long chapter is reaching its end. A really good chapter that offered both tailwinds and headwinds, sun and rain. We're really looking forward to the last run.
It's both wistful and a bit sad, but not dramatic. After 10 album releases, we wish to close this door, which will give us the chance to open others.

We're gonna bring it home now with this last run, and we have decided to really enjoy that one together with you.
See you at the concerts!

Finally! Sorry, it took forever because I just didn't find the time, but now the lyrics and translations for TI are online.
Check them out here - and as always, if you spot anything that's wrong or weird, let me know! 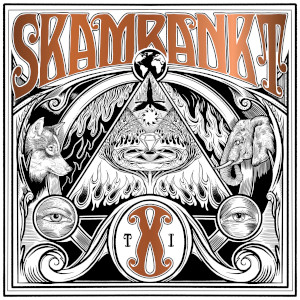